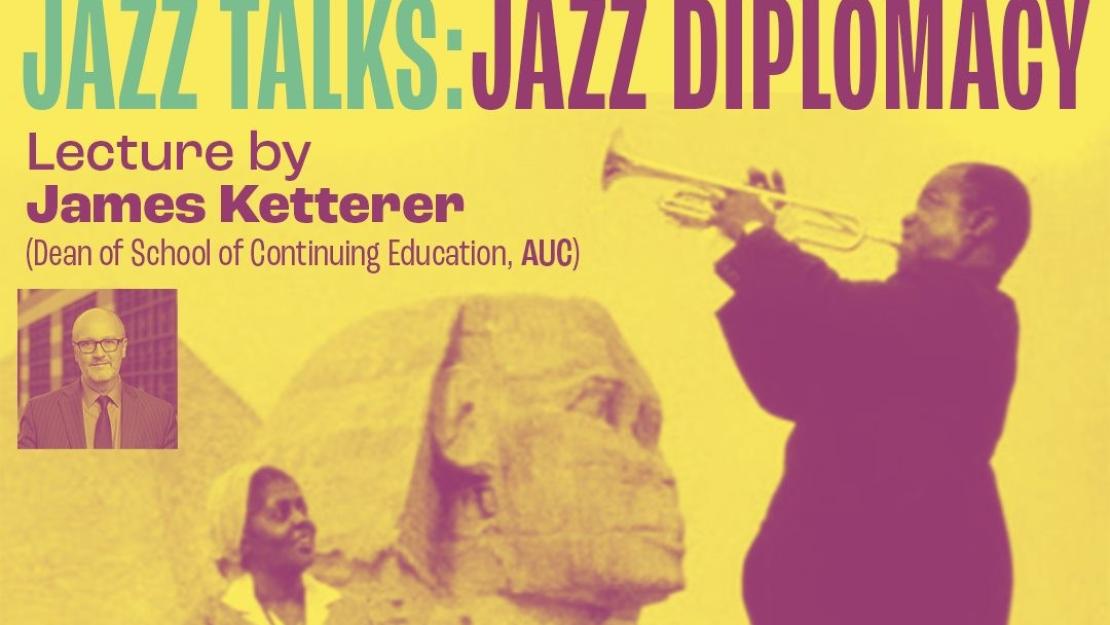 As part of its cultural diplomacy programs, the US government has used jazz - the quintessential American art form - as a way to connect to audiences around the world. The musical form of jazz is consistent with the highest ideals of American democracy and inclusion. But the reality of life in America is more complex and contested, and when performers such as Louis Armstrong, Duke Ellington and Dizzy Gillespie traveled on State Department tours, they found ways to present a much more nuanced view. And as they traveled they heard new music and experienced new cultures, which led to new musical expressions back in the U.S. Over time, musicians all over the world engaged with the jazz they heard through diplomacy and made jazz their own and in their own way, with jazz becoming the global art form it is today.

The talk was organized by the Cairo Jazz festival and was followed by a film screening titled “In his own sweet way” which is about the life of Dave Brubeck, who had a significant contribution to the Jazz Diplomacy program that was introduced in the 60s.